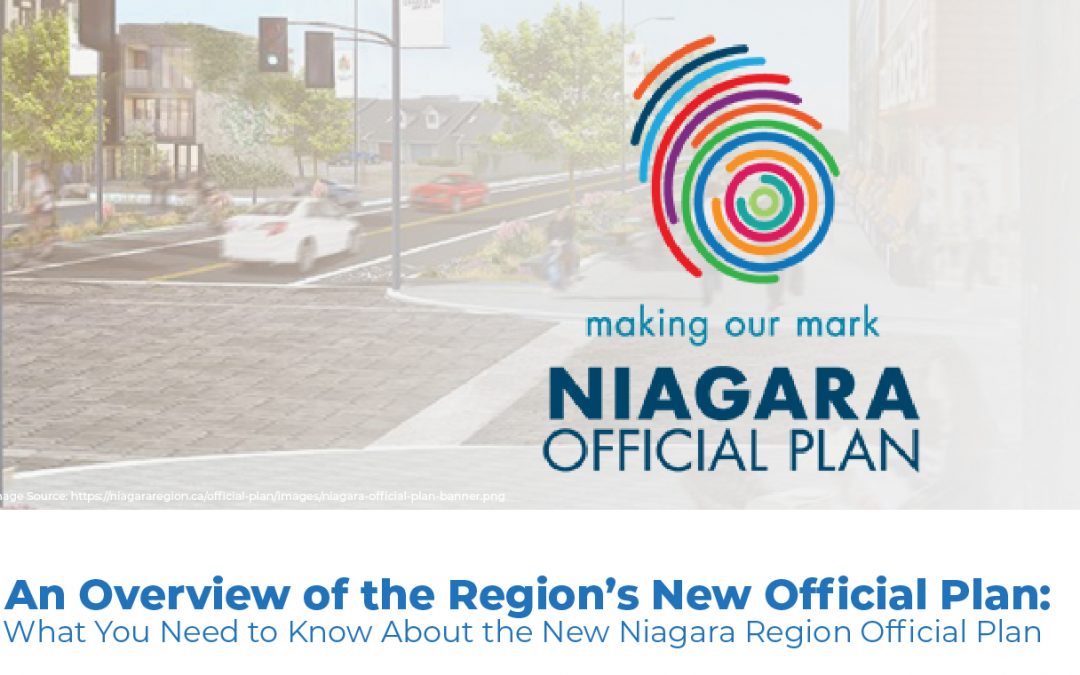 The consultation period for the draft Niagara Region Official Plan is now closed.

A recommendation report and the final draft Official Plan is anticipated to go to Regional Council for adoption in June. That will meet the July 1, 2022 deadline set by the Provincial Government for the review and updating of Official Plans to ensure they are consistent with the Provincial Policy Statement and conform to Provincial Plans.

The new Official Plan responds to changes to the Provincial Policy Statement (2020), A Place to Grow – Growth Plan for the Greater Golden Horseshoe (2019), the Greenbelt Plan (2017), and the Niagara Escarpment Plan (2017) since the last comprehensive review completed in 2014.

The new Regional Official Plan matters to a range of stakeholders as it provides the strategic planning framework for managing growth forecasted for the Niagara Region to 2051—and that growth is anticipated to be significant.

The new Regional Official Plan has been prepared to accommodate growth to a minimum population of 694,000 and 272,000 jobs over the next three decades. That represents approximately 200,000 more people and 85,000 more jobs.

The new Niagara Region Official Plan is intended to proactively manage this growth in a way that balances urban development with the need to protect the natural environment and preserve agricultural lands. Consistent with planning in recent decades the new Niagara Region Official Plan seeks to use future growth to shape development patterns to generate compact built form and an urban structure that is efficient and cost-effective.

Not surprisingly, facilitating intensification continues to be a major theme. The new Official Plan calls for a minimum of 60 percent of all residential development within the Region to occur annually within built-up areas, though the targets vary for each individual municipality to reflect local circumstances.

Meeting the targeted intensification rate will be reliant on higher density forms of development in strategic growth areas: the Downtown St. Catharines Urban Growth Centre; the GO Transit Station Areas in St. Catharines, Lincoln, Niagara Falls and Grimsby; the Downtown Welland Regional Growth Centre; and, the Brock and Glendale Niagara District Plans. Intensification is also anticipated and supported generally within the built-up area via gentle density, infill development, and the redevelopment of brownfield and greyfield sites.

Outside of urban areas, the new Niagara Region Official Plan recognizes the importance of the agri-food sector and continues to focus on protecting the agricultural land base. The new Plan does update policies for specialty crop and prime agricultural areas to align with changes to provincial policies and plans made after the last major update to the Regional Official Plan in 2014.

The new Niagara Region Official Plan also includes a new Natural Environment System which is a dynamic overlay that combines the region’s natural heritage and water resource systems. The combination of more extensive mapping and new natural heritage policies has potential implications for landowners that require careful review on a site-by-site basis. In April, the Region released updated mapping of the new natural environment system. The table of responses to all comments received by the Region runs 69 pages. If you haven’t already, check out the online mapping of the natural environment system provided on the Niagara Region’s website.

Finally, the new Niagara Region Official Plan recognizes that Niagara will be impacted by climate change and envisions land use planning as an important means to support the transition to net-zero, climate-resilient communities. Policies across the Plan are directed at reducing greenhouse gas emissions and preparing for the impacts of climate change in ways that reduce vulnerability and increase resiliency.

Preparing a new Official Plan is an enormous undertaking during which communication and engagement with stakeholders—professionals in land use planning and development, property owners, businesses, community groups, and residents—is of the utmost importance. The Regional staff deserve credit for their hard work during the process, and especially for the efforts they made to keep the public informed. That included sending out approximately 1700 letter to property owners impacted by proposed changes to the Region’s natural heritage system.

As with any major change to the planning framework it will take some time to adjust to the new Official Plan. But it is worth noting the Official Plan it replaces dates back to the 1970s. An overhaul was long overdue.